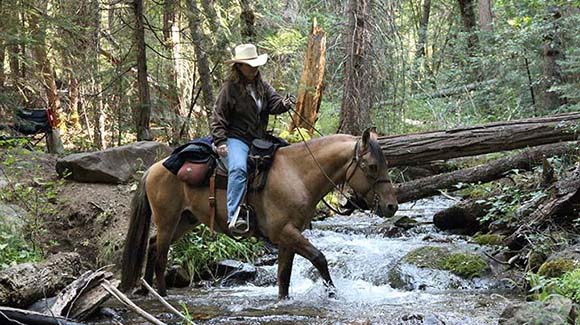 Unbridled Promotions was founded by Rick + Sharon Wagner. We've dedicated our personal lives to helping our fellow equestrians. Now, we're dedicating our careers. As Fred Whitfield said after the American semifinals in Mesquite, "anything that advances the sport is good."

With over 25 years in the communications industry, we have the experience to bring your brand to life. From basic advertising pieces to web site design to fully customized marketing campaigns, we develop highly personalized strategies that maximize your return on investment.

We speak your language

We're horse people too. We compete and we live by the cowboy code.

We won't try to impress you with a lot of industry jargon. Instead you'll get plain talk and simple explanations to your all your questions. Rest assured that you'll understand what we're doing and why - every step of the way.

As the owner of a PR firm and as the Chief Executive Officer for several chambers of commerce, Sharon has been an advocate for small businesses and non-profit organizations for over 25 years. She has a proven track record for helping others reach their goals through solid business advice, influential connections and exceptional design skills.

She has served as a Parks & Recreation commissioner for the City of Norco, overseeing the development of an equestrian event complex, and worked as a Riverside County Trails Committee member to create a county-wide trail map. Sharon is also involved with the Norco Horseman's Association as well as a number of business, PR and marketing associations.

Sharon competes in trail trials and was the California State Horsemen's Association reserve champion in 2009. She also enjoys team sorting and western dressage. 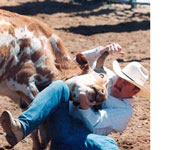 Rick provides formation and sensory training for many local mounted patrol groups, as well as horse suitability evaluations. He retired as a Sergeant after 32 years with an Orange County police department but remains on the Mounted Enforcement Unit as a Master Reserve Officer. As a California POST Certified Mounted Instructor, he has helped several other agencies start MEUs of their own. He also serves on the California Mounted Officers Association board of directors.

Here are a Few of Our Favorite Things

The American flag and all that it stands for, cowboys and all that they stand for, our ranch, branding, horses (one Kiger Mustang in particular), graphic design, red barns, calf roping, FFA, marketing, Aggie football, web site design, trail rides through the Sierras, the Timed Event Championships at the Lazy E, the game of PR spin, going to the National Finals Rodeo in Las Vegas every December (and Cowboy Christmas), Texas Hill Country wildflowers, social media, the PRCA, the pancake breakfast at Cheyenne Frontier Days, trail trials, western dressage, strategic planning, Chambers of Commerce, team sorting, the 4th of July parade at the Greeley Stampede, WINNING, creating collateral like business cards, brochure, magazines and catalogs, the Ag industry, equestrians of every discipline and God Bless Chris LeDoux.

Unbridled Promotions is a marketing + PR agency offering a complete array of personalized services to individuals and small businesses in the equine and agricultural industries. Contact us today to get started!